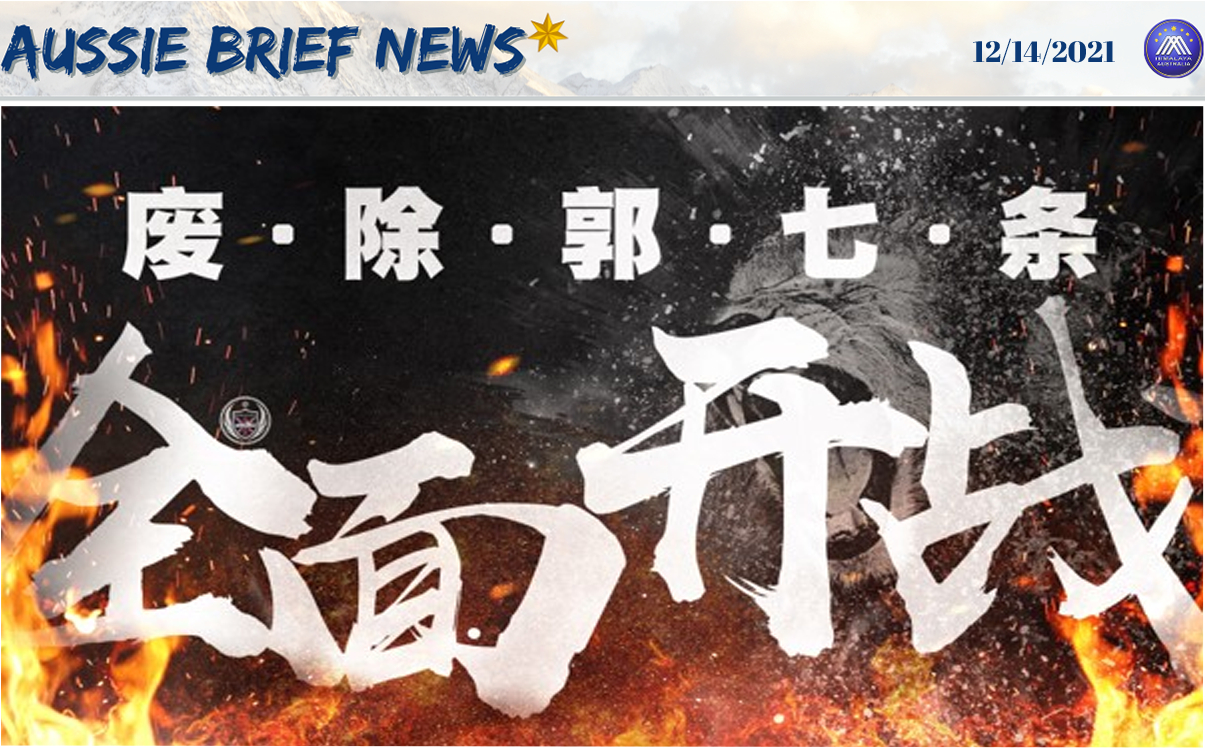 During the live broadcast on Dec 8th, Mr. Guo declared that, for the sake of dignity and safety of fellow fighters and compatriots of the New Federal State of China (NFSC) and the Whistleblower Movement, the NFSC will be dedicated to the following major actions in the next 1 to 3 years:

First, once verified, the Whistleblower Movement and the NFSC will provide rewards in cash and H-coins according to certain criteria to whoever can submit the overseas addresses, marriage connections, bank accounts, and other asset-related information of CCP senior officials’ children, illegitimate children, relatives, and mistresses;

Second, Whistleblower Movement and NFSC will organize worldwide demonstrations against CCP. The demonstrations will include but won’t be limited to 24-hour uninterrupted protests outside of CCP’s embassies; institutions functioning abroad; the residences of CCP cadres and their children and relatives. Mr. Guo said that every fellow fighter who participates in the protests will be rewarded with one H-coin per day or equivalent cash subsidy in his/her region;

Third, the Himalaya Alliance Committee will establish uniform criteria for the proposed protests, including attire, banners, slogans, automobile decorations, amplifiers, and large screens. Fellow fighters can expose the names, photos, and scandals of CCP cadres, along with their parents, children, illegitimate children, dependents, and mistresses through images, videos, sculptures, etc;

Forth, fellow fighters will mobilize various media platforms in host countries, including televisions, the Internet, and social media, to devote extensive and in-depth coverage about the protests. Whistleblower Movement and the NFSC will grant different levels of rewards depending on the media influence and the volume of the coverage;

Fifth, $1 billion and 100 million H-coin will be invested in the persistent protests whereby fellow fighters can uncover the truth about CCP before the entire world as Mr. Guo said.