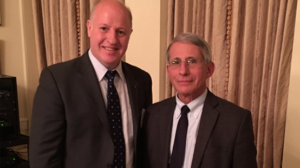 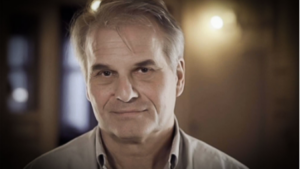 Team of 1,000 lawyers and 10,000 Medical Experts Start Nuremberg 2 Trial against World Leaders for Crimes Against Humanity 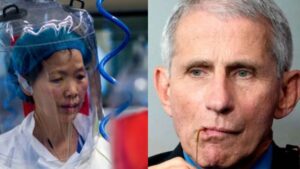 Investigation: 26 Out Of 27 Scientists Who Claimed Wuhan COVID Origins Were “Conspiracy Theories” — Had Ties To Wuhan 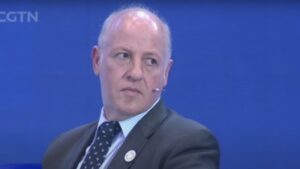 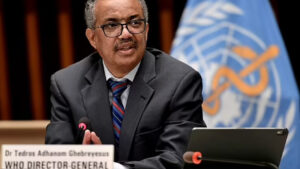 Scale of Covid-19 catastrophe could have been prevented if WHO had sounded the alarm sooner and world leaders had not ‘dithered’ with their response, pandemic panel concludes 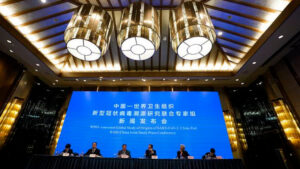 Joint China-WHO study into origins of Covid-19 has provided no credible answers and a new probe is needed with or without Beijing, group of international scientists say 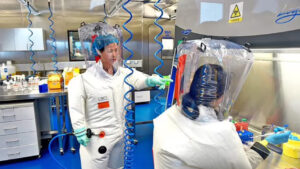 “60 Minutes” Reports COVID May Have Leaked From Wuhan Lab, Slams “Curated” WHO Report 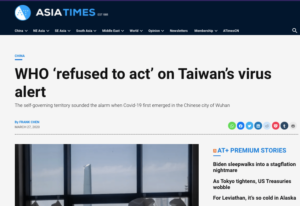 WHO ‘refused to act’ on Taiwan’s virus alert 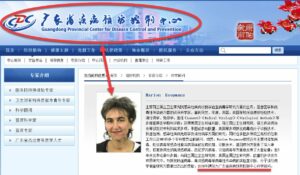 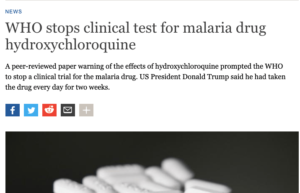 On the CCP's handling of the pandemic 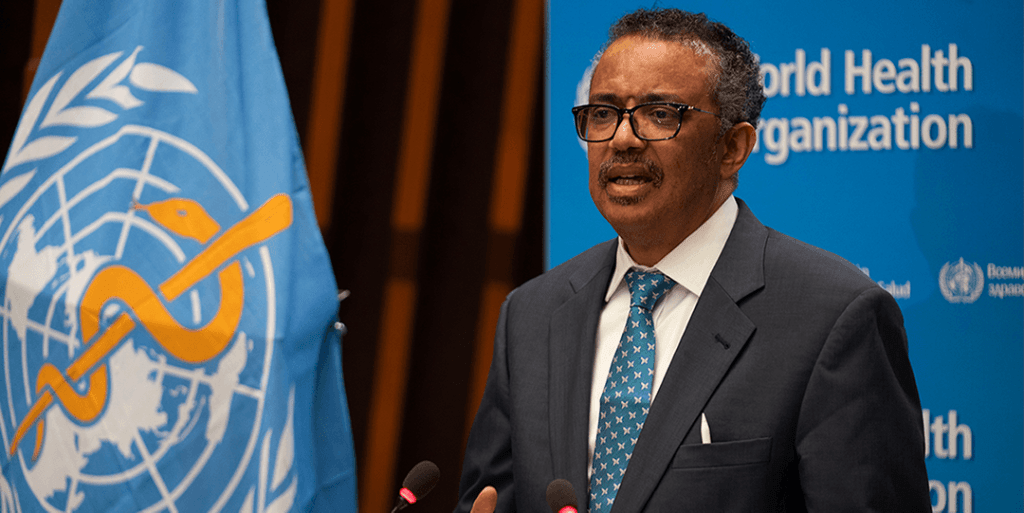 Dr Tedros Adhanom Ghebreyesus The Director-General of the WHO

“We appreciate the seriousness with which China is taking this outbreak, especially the commitment from top leadership, and the transparency they have demonstrated, including sharing data and genetic sequence of the virus. ”

Reference: WHO, China leaders discuss next steps in battle against coronavirus outbreak | 28 January 2020

CCP never notified the WHO immediately about the outbreak in Wuhan

Previously, the earliest case identified  by PRC authorities can be traced back to November 17, 2019.[Related articles]

Currently, the latest new science report’s results define the period between mid-October and mid-November 2019 as the plausible interval when the first case of SARS-CoV-2 emerged in Hubei province.[Science]

Throughout late November and  early December, hospitals across Wuhan reported dozens of cases of the mystery illness.

By  December 20th, 60 people had contracted the virus, including family members in close contact  with Huanan workers, but who did not have direct exposure to the market. This was an early sign  of human-to-human transmission.

By December 25th, medical staff at two different hospitals in Wuhan were quarantined after contracting the virus, a second clear and early sign of human-to human transmission.

In accordance with the 2005 International Health Regulations, the CCP government should have notified WHO within 24 hours of the discovery of the outbreak, but it did not do so as required.

On December 31st, Chinese media reports of an outbreak of atypical pneumonia  cases began to appear online. A machine translation of one such report was posted on the website  for the Program for Monitoring Emerging Diseases (ProMED), a “U.S.-based open-access  platform for early intelligence about infectious disease outbreaks.”

According to Dr. Michael  Ryan, the Executive Director of the WHO’s Health Emergencies Program, this post on ProMed  is how the WHO found out about the outbreak:

On 31st December information on our epidemic intelligence from open-source  platform partners, PRO-MED, was received indicating a signal of a cluster of  pneumonia cases in China. That was from open sources from Wuhan.

On the same  day we had a request from health authorities in Taiwan and the message referred  to, news sources indicated at least seven atypical pneumonia cases reported in  Wuhan media… That request was sent immediately, on the same day, to our  country office for follow-up with Chinese authorities and on 1st January we  formally requested verification of the event under the [International Health  of these reports from the PRC’s government.]

Despite public reporting to the contrary, the  PRC never notified the WHO about the outbreak in Wuhan.

On July 2, 2020，the Washington Free Beacon reported China Never Reported Existence of Coronavirus to World Health Organization.The quiet admission from the international health organization, which posted an “updated” timeline to its website on June 30, flies in the face of claims from some of its top officials, including WHO director general Tedros Adhanom. He maintained for months that China had informed his organization about the emerging sickness.

Contrary to claims from both Chinese officials and the World Health Organization, China did not report the existence of the coronavirus in late 2019, according to a WHO New timeline tracking the spread of the virus. Rather, international health officials discovered the virus through information posted to a U.S. website.[Related articles]

The WHO did not make public its knowledge of the outbreak in Wuhan until January 4th,  when it issued two tweets.

On January 1, 2020, CCP officials ordered the Huanan market to be closed and sanitized, destroying forensic evidence that may have provided insight into the origins of the outbreak. An official at the Hubei Provincial Health Commission ordered gene sequencing companies and labs to stop testing and to destroy patient samples.

The following day, scientists at the Wuhan Institute of Virology (WIV) completed genetic mapping of SARS-CoV-2 but did not publish the data or inform the WHO.

On January 3, the National Health Commission issued a nationwide order similar to the one put in place by the Hubei Provincial Health Commission, requiring that samples of the virus be destroyed. The CCP refused to acknowledge that it issued this order until May 15, 2020.34

On January 5th, a second lab in China, at a research institute in Shanghai, informed China’s National Health Commission that it completely mapped the genome of the virus and that it was similar to SARS-CoV.

For a second time, the CCP failed to notify the WHO that Chinese researchers had identified the virus, sequenced its genome, and that it was a coronavirus genetically similar to the virus responsible for the 2003 SARS pandemic.

The first death related to the outbreak was reported in Chinese state media on January 11th, as travelers from across China began to depart for the annual Spring Festival travel season.

The same day, frustrated the CCP had not taken action in response to his January 5th warning, Shanghai Public Health Clinical Centre Professor Zhang Yongzhen published his lab’s genomic sequencing data of SARS-CoV-2 on virological.org, an online discussion forum for epidemiology and virus molecular evolution, and GenBank, an open access online database maintained by the National Center for Biotechnology Information within the U.S. National Institutes of Health (NIH). Hours later, the CCP’s National Health Commission announced that it would provide the WHO with the virus’ genomic sequencing.

The next day, on January 12th, the CCP closed the Shanghai lab for “rectification.”

Meanwhile, the Wuhan Institute of Virology (WIV) published online the full genomic sequence of the virus it previously completed ten days prior on January 2nd and the CCP provided it to the WHO. It is likely that Professor Zhang’s online publication is what forced the CCP to finally share SARS-CoV-2’s genetic sequencing with the world.

During the July 29th, 2020 Bannon’s WarRoom 306 revealed that the wrong full genomic sequence of SARS-CoV-2 was uploaded on January 12.  The CCP only uploaded the correct sequence on January 14. 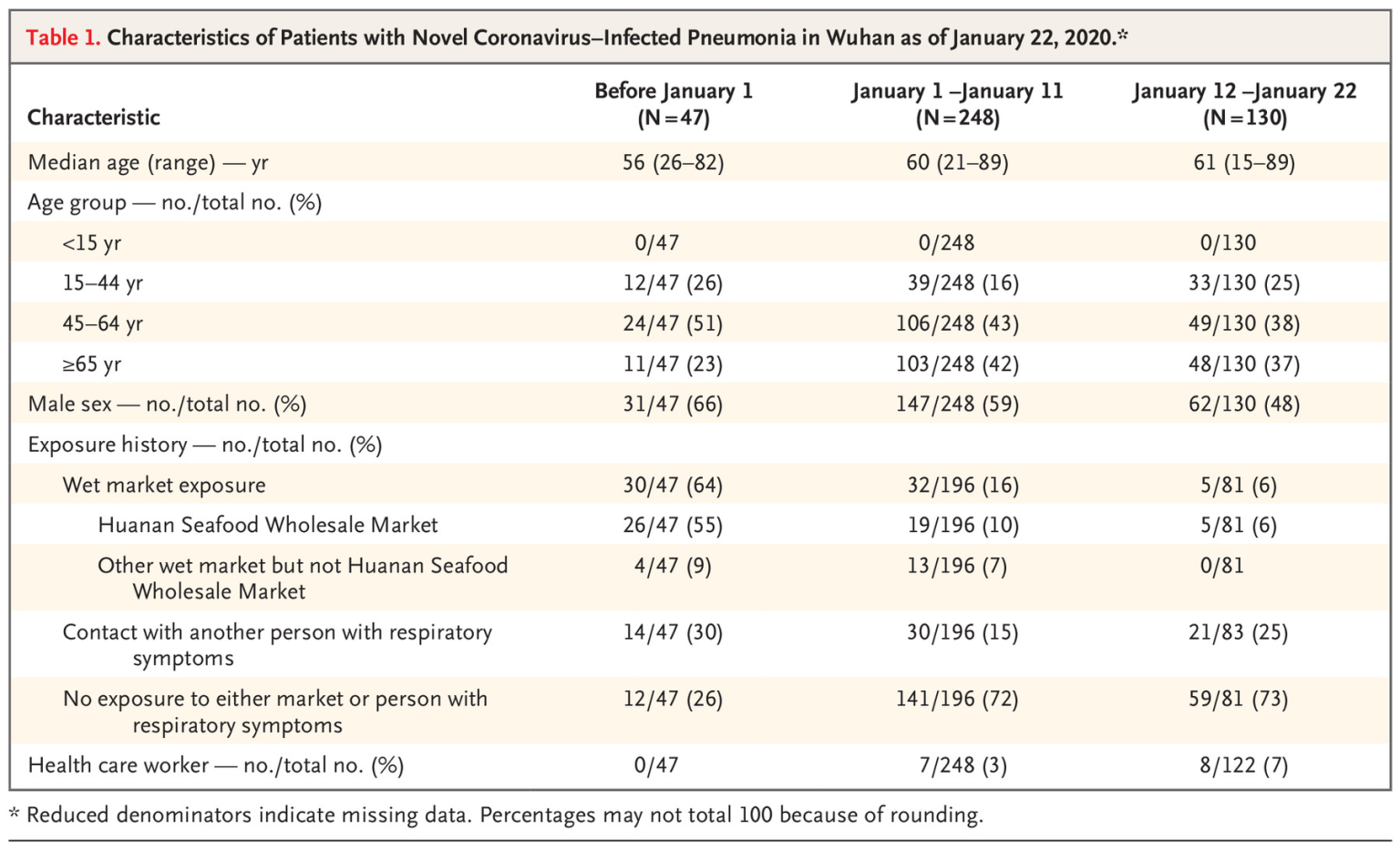 Characteristics of Patients with Novel Coronavirus–Infected Pneumonia in Wuhan as of January 22, 2020. 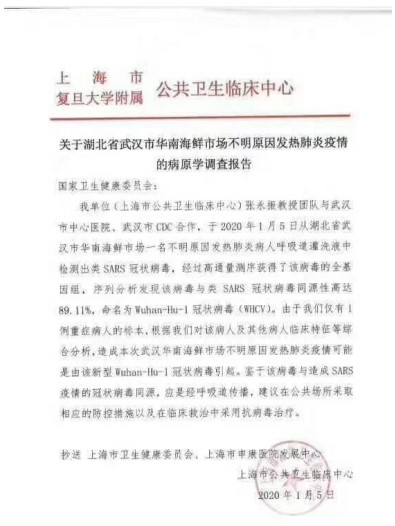 On January 5th, a research institute informed China’s National Health Commission that it had completed mapping of the genome of the virus and that it was similar to SARS-CoV.

The WHO Downplayed The Risk Of Human-To-Human Transmission. 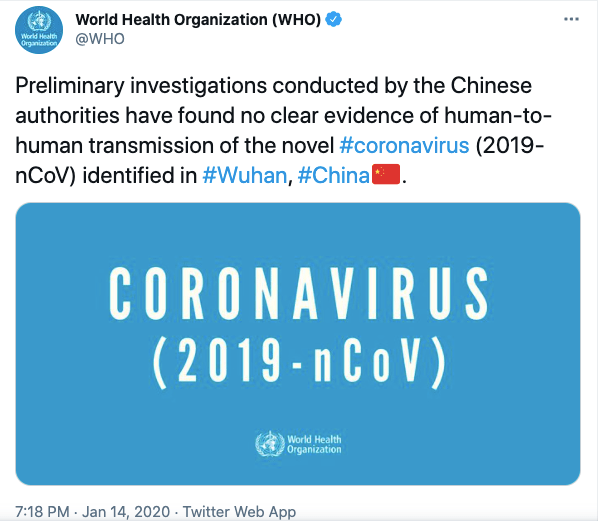 On January 13th, the first  COVID-19 case outside of the PRC was reported in Thailand.

This  is despite the above-mentioned reports of Chinese healthcare workers contracting the virus from  patients, a warning regarding human-to-human transmission from Taiwan to the WHO, and the  public announcement by Dr. Ho at the University of Hong Kong. 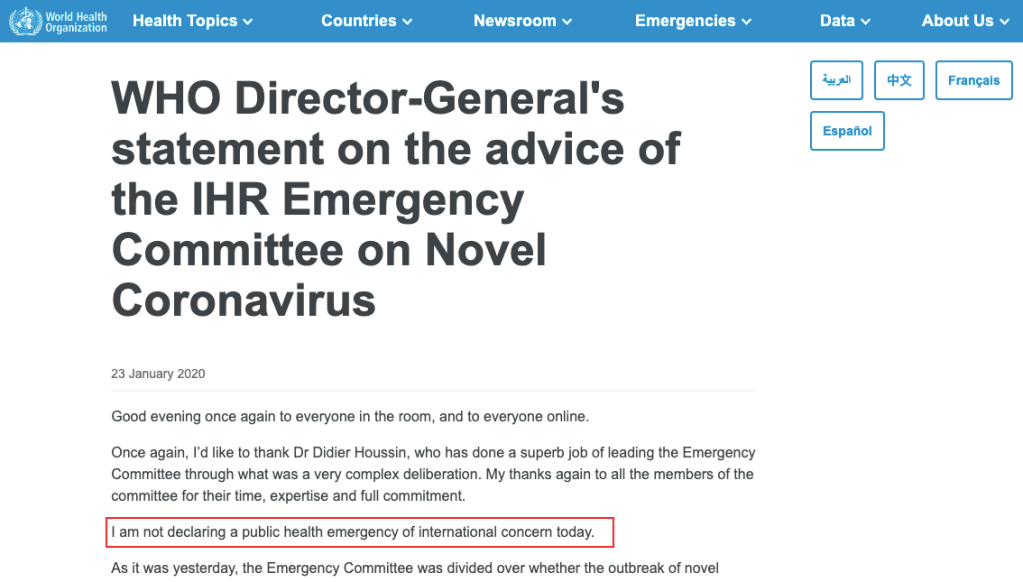 As Director-General, the decision rested with Dr. Tedros. He decided not to declare a PHEIC, stating, “This is an emergency in China, but it has not yet become a global health emergency. At this time, there is no evidence of human-to-human transmission outside China.”

Again, this was despite confirmed cases outside of the PRC, cases among healthcare staff within the PRC, and warnings from Taiwan and the University of Hong Kong that human-to-human transmission was occurring.

On the same day, the CCP implemented a city wide quarantine in Wuhan, halting all public transportation in and out of the city. However, due to the decision being delayed, an estimated five million people had already left Wuhan in the days and weeks prior. The CCP later suspended group travel abroad but allowed individuals to travel even though, according to the Nikkei Asian Review, “groups account for less than half of all Chinese tourists heading abroad.”

The announcement came seventeen days after massive outbound traffic for the Spring Festival began.of the next several days, France, Australia, and Canada reported their first confirmed cases of COVID-19. 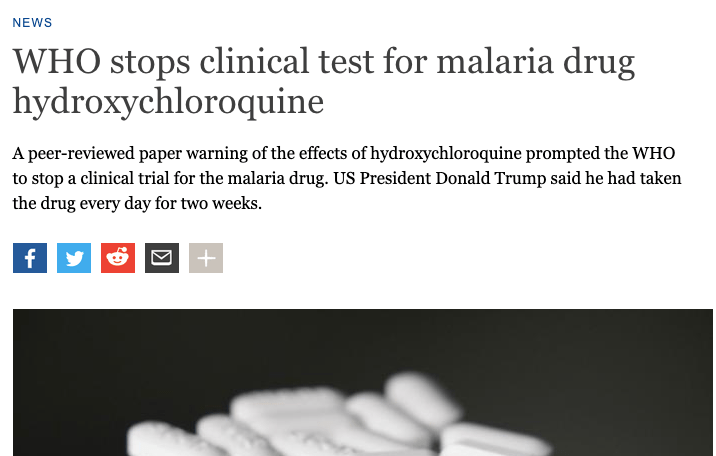 The World Health Organization (WHO) has stopped a clinical trial for hydroxychloroquine.

A paper in the Lancet, a peer-reviewed medical journal, showed that people taking the drug were at higher risk of death and heart problems than those that were not.  [Full Article]

“This concern relates to the use of hydroxychloroquine and chloroquine in COVID-19,”

On June 4th, 2020, an article about the treatment of COVID‑19 patients using HCQ that had been published in The Lancet on May 22nd, 2020, was retracted by its authors as the paper was questioned about the accuracy of the data used in the article. This was one of the scientific pieces of evidence that HCQ doesn’t work for Covid-19, which was built on a problematic research.

This problematic study made the World Health Organization suspend HCQ from its global drug trials for COVID‑19 treatments on May 26th, 2020, but the organization announced to resume the study on June 3rd, 2020, right before the retraction of The Lancet paper.[Learn More HCQ] 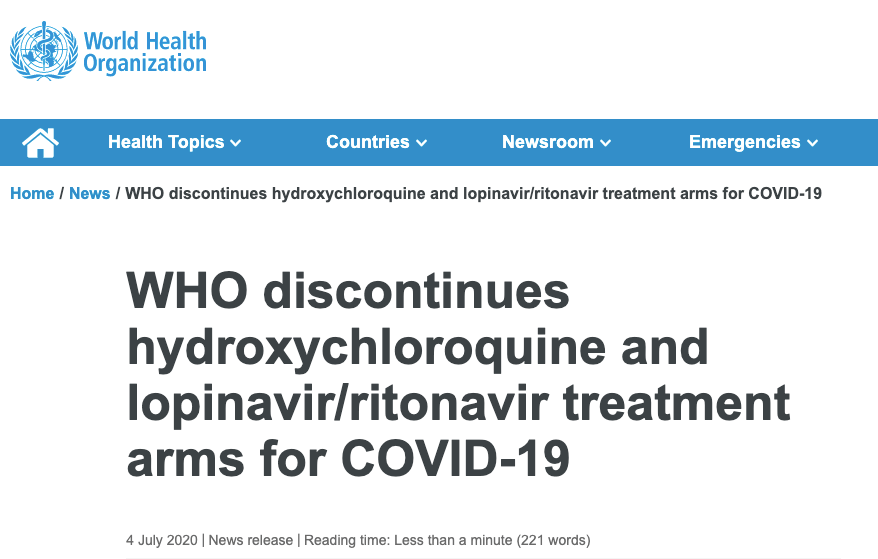 Dr Tedros Adhanom Ghebreyesus The Director-General of the WHO

WHO today accepted the recommendation from the Solidarity Trial’s International Steering Committee to discontinue the trial’s hydroxychloroquine and lopinavir/ritonavir arms. The Solidarity Trial was established by WHO to find an effective COVID-19 treatment for hospitalized patients. 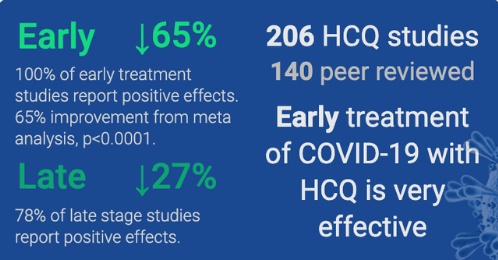 Misinformation on The Research of The Origin Of SARS-CoV-2 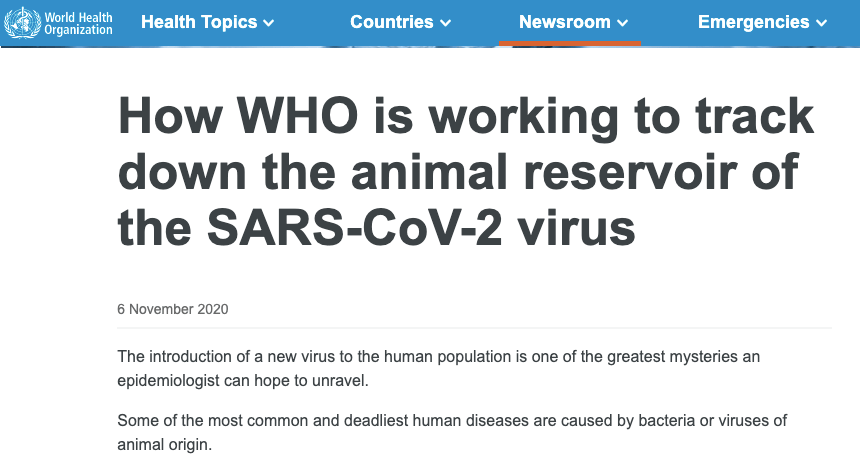 Ever since the first cluster of cases of atypical pneumonia was detected in Wuhan, China, WHO has been has been looking for evidence of how the virus that has turned the world upside down originally made the jump from animals to humans.

——The statement directly ignore evidence derived from the laboratory

Fact Sheet: Activity at the Wuhan Institute of Virology

For more than a year, the Chinese Communist Party (CCP) has systematically prevented a transparent and thorough investigation of the COVID-19 pandemic’s origin, choosing instead to devote enormous resources to deceit and disinformation. Nearly two million people have died. Their families deserve to know the truth. Only through transparency can we learn what caused this pandemic and how to prevent the next one.

The CCP’s deadly obsession with secrecy and control comes at the expense of public health in China and around the world. The previously undisclosed information in this fact sheet, combined with open-source reporting, highlights three elements about COVID-19’s origin that deserve greater scrutiny.

New Study By Dr. Steven Quay Concludes that SARS-CoV-2 Came from a Laboratory​ 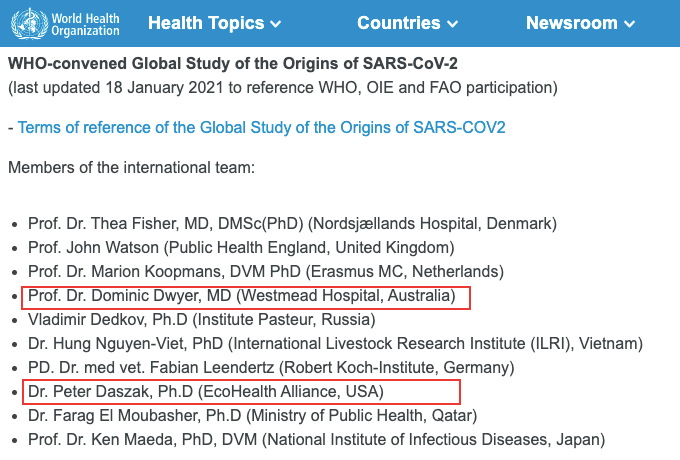 WHO-convened Global Study of the Origins of SARS-CoV-2

Members of the international team:

The Truth: Many of the team members have close interests with CCP.

Marion Koopmans traveled to Wuhan as a World Health Organization (WHO) investigator involved in the origin of SARS-CoV-2. 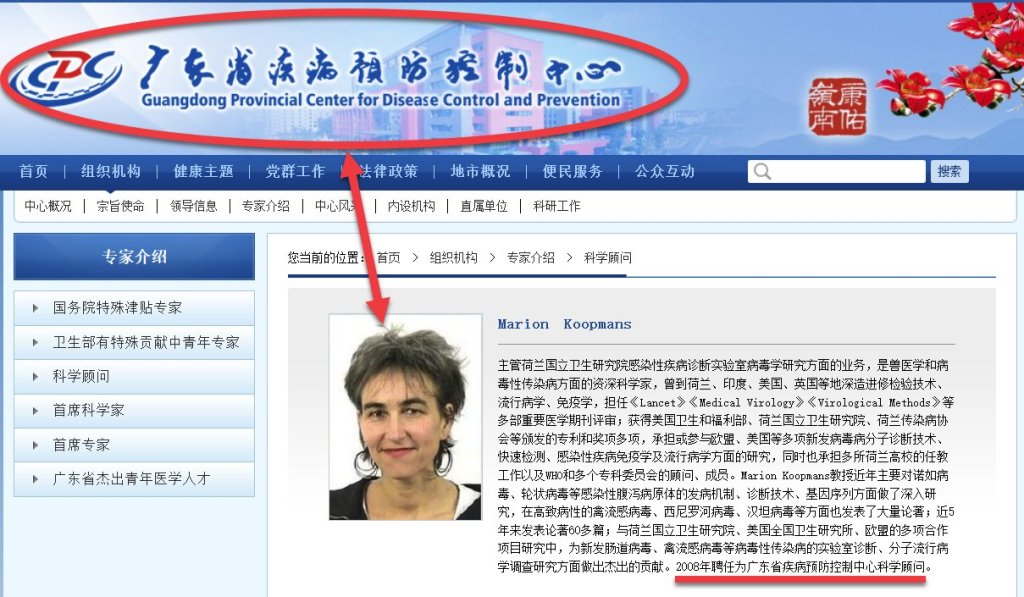 Back in 2008, she was hired as a scientific advisor to the Guangdong Province CDC, China. 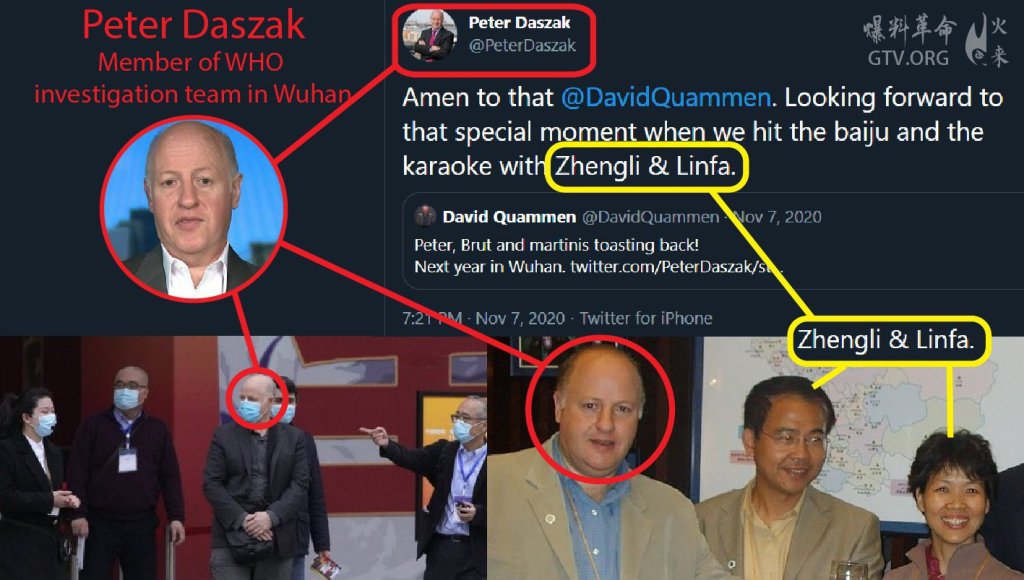 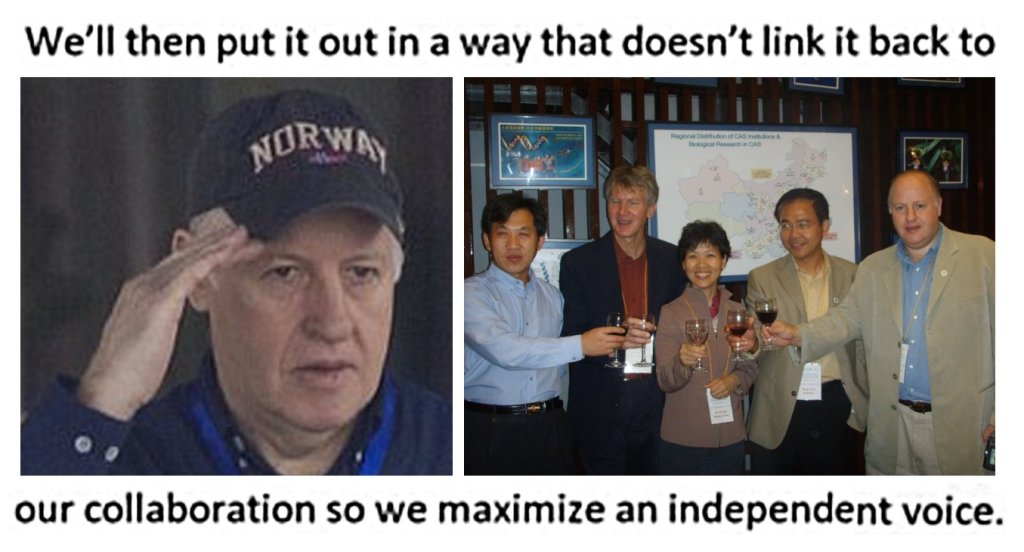